Top 5 Reasons the Canucks Made You Fat 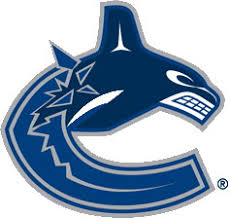 If you’re from BC you can’t help but be drawn into the NHL playoffs.

The is the furthest the Canucks have advanced in 17 years. And it’s the only time they’ve gone this far as the President’s Cup Trophy winners ensuring top seeding throughout.

But while making it to the finals has been good for local pub sales and water cooler talk at the office, this long playoff run hasn’t been good for everyone.

Who hasn’t it been good for?

Well, you of course.

Here’re the Top 5 Reasons the Canucks Made You Fat.

Reason #1 – More Time in Front of the TV

Imagine if the Canucks hadn’t made the playoffs at all. There would be between 16 and 28 games you wouldn’t be sitting on your gradually growing backside.

And not just up to 28 games but many with overtime and double overtime. We’re talking about an extra 3-4 hours every couple of nights of plopping down on the sofa to watch other people exerise.

Take a trip to Alberta, as I did last weekend. Those are some fit people that don’t ever have to worry about watching a playoff game. 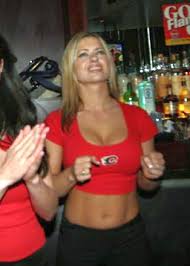 Have you gone out to watch any of the games? Or if you watch them at home, do you have certain foods at-the-ready to make the experience all the more enjoyable?

Of course you do.

Things like spinach salad, with avocados, goat cheese, tomatoes, olives and a light balsamic dressing. And lightly drilled salmon with some asparagus on the side. While washing it all down with a glass a water.

Pubs can’t keep them in stock.

But it gets worse with reason #3.

Some workplaces meet up for Friday Beer.  Or others might get together for a birthday or other event.

But during the playoffs it’s not uncommon for pubs to be full on Monday and Wednesday for game nights. And not only are you getting extra calories and zero nutrition but you are also losing a lot of your water. Kind of hard to make great gains in the gym with dehydrated muscles.

And after the Canucks score in OT you’re probably well past your usual bedtime which leads to the next problem.

If you’re in the Year Long Training Program you’ve received my report on Sleep and Fat Loss. If not, let me know and I can get you set up.

The point is that being sleep deprived correlates with higher levels of bodyfat. A couple of key hormones related to sleep and our nutritional habits get thrown a curve ball when we stay up later, don’t get enough sleep and go to bed at varying hours.

Plus, how likely are you to hit the gym and set some PBs in the squat rack on less than optimal sleep? Not very likely.

January. Ok, so maybe that was a bit easy.

But which months are typically the slowest at gyms? The summer months.

And the longer the Canucks are in the playoffs the warmer the weather gets. And the less likely people are to stay indoors when they could be outdoors doing something active.

I realize this last point is a bit of a stretch but I needed something to round out the 5. So cut me some slack, alright? 🙂

So is there anything that can be done to both support the Canucks and not only avoid the extra 10-15 playoff pounds but actually lose 5-10?

There is and it’s our Group Fitness Training.

This program is a short, efficient and intense workout that you can complete between 2 and 5 days per week when the games are never on.

Plus you get to do all the training outdoors as the weather gets nicer.

Lastly, you won’t feel any guilt at all as cheer the Canucks all the way to the Cup.

Call today to reserve your spot.

Animal Protein Better for Grip Strength and Functional Status
Gluten-Free for All?
The Good & the Bad of the 4 Hour Body
Use the Pareto Principle for Better Results
How Often Should You Train?

8 Responses to Top 5 Reasons the Canucks Made You Fat