So we’re into the final phase of our powerlifting program here at Okanagan Peak Performance Inc. In other words we’ve got 3 more weeks, not counting the one week unload at the end, to make the biggest gains possible before we test our lifts again.

On December 15th we’re going to have an intra-club powerlifting meet. Anyone can come out on this day if they want to test their deadlift, bench, squat and chin up. You don’t have to participate in all of the lifts. And if you just want to come out, see what it’s all about and cheer us on you’re welcome to do this as well.

But that’s not the main purpose of this post. What I want to share with you is a great way to warm-up the shoulders before any upperbody training session, specifically for pressing motions.

What is this great tip I’m talking about?

Well I was probably first exposed to it by Tom House at an NSCA coaches conference. Baseball players, specifically pitchers, will know this name.

Later on at a course in California I was able to experience the benefits of this on a commercial type version of this device.

Later, I came across a tool that I picked up at another conference and almost had it confiscated going through security at Calgary International Airport. Can you believe security thought it was a crossbow? 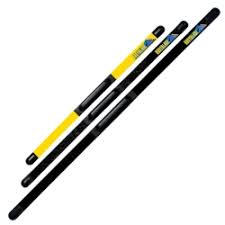 And more recently I collaborated with Eric Cressey on a program and some coaching for a local pitcher. Anyone who reads t-nation or baseball specific training will know this name. Speaking of powerlifting, Eric has deadlifted over 660 lbs while weighing in the 160s!

What I’m talking about is using vibration training or some rhythmic stabilization drills into your program before you lift.

Before I get into what kinds of drills you could do it’s important to realize the benefits of vibration training. These include:

And to be complete I should also mention there also some potential negative side effects including:

But it’s important to note that the negative side effects are usually related to the frequency, amplitude and amount of exposure.

So how would this help us before a bench press workout?

When used at a low frequency and amplitude the stabilizer muscles of the shoulder are stimulated to a greater extent than doing a regular tubing rotator cuff exercise. For example, at 4 hertz, or vibrations per second, there are 240 impulses sent to the shoulder each minute. Compare this to doing 8 external rotations with some tubing and you are benefitting from 30X more sensory input sent to the shoulder.

The other advantage of doing a vibration drill is that you can keep the intensity quite low. With a low intensity you can more effectively recruit the stabilizers of the shoulders as opposed to using a high intensity which may recruit the bigger mobilizers thus minimizing the effectiveness of the drill.

To start out try using a bodyblade for 2 sets of 15 seconds each. Since the goal is simply to recruit and synchronize the muscles of the stabilizers of the shoulder you don’t need, and don’t want, to feel a ‘burn’ in the shoulders.

Don’t have a bodyblade? A prone (facedown) bridge on a Power Plate will work as well for the same rep and set scheme.

Other options would include dribbling a basketball close to the ground and vertically against a wall. By close I mean that your hand is almost always in contact with the ball especially when vertical against the wall. Again don’t think more is better and use a heavy medball or dribble to the point of fatiguing the stabilizers.

Give these drills a try the next time you do a bench workout. The make sure to come back and leave a comment letting me know what you think.