4 Reasons Our Children Will Have Worse Health Than We Do 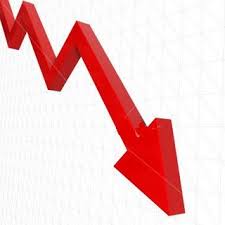 A lot of the content on this blog is geared towards the adult population.

They are the ones who can read, or have interest in reading this type of content.

They are the ones who have gym memberships. And buy groceries. And are invested in relationships.

And they are also the ones who may face a variety of health problems and disease.

After a routine check up with the doctor they may be advised to change their lifestyle. Quit smoking. Stop drinking. Eat more fruits and vegetables. Get more sleep. You know the drill.

Or it could come about as a result of an accident. And you end up in physio. Where you’re being advised to strengthen your core. And stretch more. And focus on your posture.

Rarely do we think about the health of children.

Maybe it’s because we think of children as running and playing all the time. With endless amounts of energy. And when they do take a tumble they seem to spring right back up and carry on as though nothing happened.

But things are chaning.

Do you remember what Type II diabetes used to be called?

Give yourself a gold star if you said ‘Adult-Onset’.

The sad thing is we often don’t hear Type II referred to in this way anymore, do we? It’s sad because we’re seeing children being diagnosed what was once an adult disease.

Worse still, besides diabetes children are now developing hypertension, have cholesterol problems, metabolic syndrome and joint issues. Growing up I don’t ever remember me or my friends complaining of back pain. Ask your kids and their friends and you’ll find a number of them complain of this. Or look inside the waiting room of a physio clinic and there will be probably be some kids there.

But is it really that bad?

Yes. And it’s getting worse.

Over the past 30 years obesity rates among youth have tripled to the point where in the US 32% are considered obese or overweight.

And if this statistic alone isn’t alarming enough it gets worse in that many parents are:

* either unaware the health of their children was this poor

* did not seem worried when they were made aware

So how did things get so bad?

Well I can think of 4 Reasons Our Children Will Have Worse Health Than We Do.

You can read back for a previous post I did about vaccinations. Here’s the link if you missed it:

Andrew Wakefield falsified his findings which were submitted to a medical journal for publication. Wakefield was stripped of his medical license and his findings were called ‘elaborate fraud’.

Whether it be vaccinations or another aspect of healthy eating and exercise don’t let one study cause to you abandon what has previously been considered healthy. If the finding is accurate, other labs will be able to reproduce the findings in their research and either confirm or refute the finding.

Growing up we were always sent outside to play. This meant road hockey. Or football. Or swimming. Or baseball. Or…

What these all had in common was they were either intense or fast. This is what exercise is about. By intense I mean the effort to move a resistance. And fast, well, means explosive and sprinting.

I’ll save the topic for a future discussion (or rant) but we seem to have moved to a place where setting out a mat and doing some stretches and poses has been substitued for exercise.

Some of you won’t like me saying that but don’t hate the messenger. You cannot develop strength, speed and athleticism on your back with controlled breathing.

Sure they may be other benefits. But let’s put them in the category of recreation where they belong and not confuse our kids by calling them exercise. 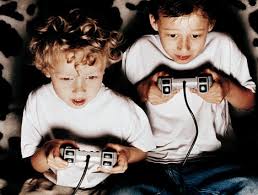 How many people reading this grew up with ipods, DS, cell phones and a facebook profile?

If we wanted to talk to a friend we got on our bikes and went to find them. (some may have had their dad pick them up after, right AC?)

But today we don’t have to move. Everything is right beside us. It is all very convenient. And it allows us to not have to move, or interact with others.

At the end of the day these conveniences are great. But we’re burning fewer calories, moving less, interacting less and eating more as a result.

Think this doesn’t have an impact on your kid’s health?

Consider that schedules change when both parents are working.

And now that time is at a premium we are looking for convenience for our nutrition.

And sometimes convenience food can be obtained for what appears to be a less expensive option.

Not to mention that equipment and registration fees for sports teams are always on the rise.

When you consider it this way, kids don’t really have a fighting chance. They will fewer chances to play organized sports and eat more of their food from a package or through a window.

If we consider childhood obesity increased 30% in years what do you suppose is in store for the next thirty?

Knee Solution Seminar Thursday November 8
The best sleep ever! Every night!
How to Get Faster - Without Really Trying
6 Benefits of Proper Diaphragmatic Breathing
9 Easy Tips for Portion Control - Part II