And while these are a great exercise I see so many people doing them wrong. So I had to write this post to help all those people with great intentions but mis-guided efforts.

So here we go. My Top 5 Tips for Performing Roll Outs Properly. 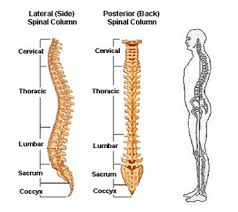 Think from your tail bone through the back of your head you want to have the greatest length possible.

Notice I didn’t say the top of your head.

This is where many people make a mistake. They think that by being tall they have to lift their chin up as high as possible.

Instead what we want is the most height up the back of the head. And this involves keeping a level head, with the chin tucked somewhat. We don’t want the chin on the chest. But tucked so that it gives you a double chin.

This is a core stability exercise. And therefore it involves stabilizing the lumbar spine (low back) so that it doesn’t move.

If when a performing a rollout the distance between my rib cage and the front of my hips increases I haven’t stabilized my lumbar spine.

For many, there will be  a lack of core stability and we will see an increase in the arch of the low back as the distance between the front of the hips and the rib cage increases.

As you roll out your hips should move forward at the same rate as the implement whether it be an ab wheel, your hands on a slideboard a stability ball or whatever.

Lift our arms in front of you to shoulder height. Have a partner place his hands under yours. Push down into your partners hands.

Did you notice your core fire? Yes? Good for you. Did you have to think of firing your core? No, you didn’t.

This is the reason to press your hands down through the floor to return to the starting position.

Too many people use too great of a range of motion on their rollouts.

How far should you go?

Only as far as you can maintain a neutral spine and a normal breathing pattern.

Because what happens for many people is that they:

* which alters the position of their hips and pelvis

* which increases the arch in their low back

* which puts additional stress on their low back

* which causes them to struggle to complete their set

* and results in laboured breathing

* and shifts the breathing pattern from the diaphragm to the chest

So what’s the answer?

Give these 5 tips a try and see the improvements rollouts will have on your core stability, posture and sports performance.