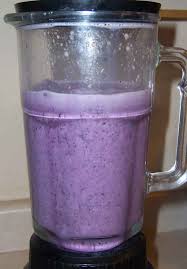 We plan out our workout. We make time to get to the gym. We give it our best and move as intensely and as quickly as possible. And we even come prepared with a post-workout drink.

And if you’ve been following this blog for some time or keeping up on your strength and conditioning research you know what we advocate for fat loss.

Which is to reduce your sugar intake.

Leave me a comment if you want a link to the article on how the level of insulin in your blood is inversely related to your fat burning potential. In other words the lower you can get your insulin levels, the more fat you will be able to be able to burn.

And this exception occurs in your post-workout shake when you need to replenish the energy expended during the workout as well as provide nutrients for the repair and recovery that is about to occur.

What types of nutrients are we talking about?

Well glucose and amino acids would be the basics. Glucose supplies a large proportion of the energy for your high intensity workouts. And amino acids are the building blocks of proteins which may be used as enzymes or to build lean muscle mass, among other things.

We realize the benefit of a post workout shake.

And we want to maximize our fat burning potential.

So we select a drink with low level, and sometimes no carbohydrate, in order to achieve both goals of having a recovery shake and maximizing our fat burning potential.

But we just said how it is essential to replace the glycogen, think glucose, we used to fuel our workouts. This would be similar to taking a race car out on the track and using up the entire tank  of gas. And after instead of filling up again with the highest quality gas, you chose to put windshield wiper fluid in the gas tank. Obviously your car wouldn’t run on windshield wiper fluid.

In the same way after a workout your body need to replenish the fuel you used up. If you don’t supply it with any glucose guess what happens?

Your body uses the protein from your shake and breaks this down to get the carbon and oxygen atoms which can be reassembled to make glucose.

Kind of an inefficient way of going about things, wouldn’t you say?

But it gets worse! 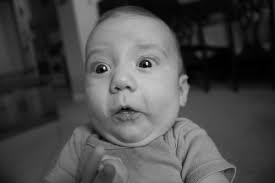 We said that the body will break down the protein to liberate carbon and oxygen atoms to used to make glucose. In addition to these atoms protein also has nitrogen.

And this nitrogen is lost to the body.

So will you may think that your post-workout drink had 30 grams of protein but if there was very low or no carbohydrates you can expect that your body lost this nitrogen and used cellular energy to make the glucose you could have included in your shake in the first place.

In the comments section let me know what your favourite post-wortout drink is. I like a number of things from a Muscle Milk Lite, to a chocolate peanut butter shake, a fruit smoothie and even good old chocolate milk.

Pass on Bulletproof Coffee
Enjoying Thanksgiving Can Work to Your Advantage
hCG Diet - Is It Worth the Risk?
3 Reasons Drinking Water Maybe a Bad Idea
Vitamin D supplementation - Is it worth it? It Is, As Per The Botox And Filler Course Online