This summer we got a puppy. And the interesting thing about puppies is that they don’t really have a concept of time.

I could come in at the end of the day and the puppy is excited to see me, wagging her tail and weaving in between my legs for contact and comfort. The same reaction could happen if I’m working in another room for a bit and rejoin the puppy and family wherever they are. The puppy doesn’t distinguish between an 8 hour or a 20 minute absence.

Our kids are a little smarter than the dog, although sometimes I wonder? And they have a slightly better concept of time. But they will still ask to go outside and play with their friends minutes before we’re due to head out the door for a family function. Or after pajamas and brushing their teeth they’ll ask if we can start a movie.

But puppies and kids can be excused if they don’t know time or how long things should take. Adults however know what an hour is, how long things take and how to manage their day.

When it comes to exercise a common challenge is making the time to be active. We might assume that for a health goal to be realized requires a certain amount of daily fitness to achieve it. Intuitively I would guess most people think they need to exercise an hour a day.

Now there’s nothing wrong with training an hour daily. And if you’re already in the habit than definitely keep going. But for those that aren’t that active and haven’t gotten started yet because they haven’t carved out those 60 minutes per day, a new study should give them hope.

The study was part of the Framingham Health Study and included over 400 participants. Most of the test subjects were in their 50s and mostly female. This is a well known study based out of Massachusets and started in the late 1940s. Since then the children, spouses and grandchildren have been included in the study.

What the researchers wanted to know was the effect of exercise on certain metabolites. A metabolite is a entity involved in or a by-product of metabolism.

Participants of the study did brief bursts of exercise to the effect on certain markers of health. The exercise was 12 minutes on a stationary bike and the health markers included insulin resistance, oxidative stress, vascular reactivity, inflammation and longevity. When you consider how relevant diabetes, heart disease and ageing are to most adults we can appreciate the value of knowing how exercise impacts these markers.

So what did they find?

Well they found that metabolites associated with poor health and disease went down after cycling for 12 minutes. For example, glutamate, a marker of insulin resistance dropped by 29%. And DMGV, or dimethylguanidino valeric acid , went down 18%. On the other hand a marker of lipoylsis, or fat burning, 1-methylnicotinamide , increased by 33%.

The researchers noted that variations in results were due to sex, BMI and the amount of exercise performed. After a 3 minute warm-up study participants continued cycling with gradual increments in load of 15 or 25 watts. Those cycling at higher power outputs saw more favourable results.

Life is busy. There are times when school, work, family and other committments make training hard to fit in. Hopefully research such as this will encourage us to do something, even if it’s only 12 minutes per day.

We are all hearing more and more about the health problems associated with our increased consumption of sugar. Everyone now has a family member or someone close to them that is Insulin Resistant or Type II Diabetic.

I remember growing up and my parents were following one of the low fat diets of the day. One of the ones that comes to mind was the Scarsdale Diet.

Anyways this diet, and a number of others, recommended that for the best health we needed to reduce our intake of fat. Particularly saturated fat.

So I just got back from a conference in California. And this means flights, hotel stays and long days of sitting in on presentations. For most this is a prescription to derail one’s fitness and performance efforts. But not me.

No sir! I feel like Superman when I travel. What do I mean by that?

On the weekend I was watching some of the NFL playoffs. And during the commercials breaks I did the customary guy thing and started to surf the channels until the game resumed.

And I noticed something that I had seen before but hadn’t paid much attention.

5 Things I Can Do Better to Improve My Health & Performance

If you’re serious about your health and performance than you want to know that you’re doing the best you can with your efforts. And if you’re not where you’d like to be weight-wise, performance-wise or in terms of your rehab than there are probably some things you could be doing a better job of. And if you are having some success in these areas than you are probably motivated to see what else you could do to ramp up your results even more.

I’ll be honest…I know I could do more personally. A while back I stated some of my goals. A few of them included hitting targeted strength measures, improved fitness levels and a specific scale weight.

And while I’m on track to hit my goals I know I could be further along. I know I maybe under-estimated myself by selecting goals I knew I had a pretty good chance of attaining.

There’s not a problem in doing that. But we want to make sure we are giving our best effort and setting new goals if necessary.

So while I’ll probably wait until I realize the current goals I’ve set  until I pick new ones there are a few things I know I can improve on until then. With that in mind here are 5 Things I Can Do Better to Improve My Health & Performance.

1. Improved sleep – I need 8 hours of sleep a night. Not 8 hours of bedtime on my computer, reading or but 8 actual hours of sleep. I need to make sure that I get as many of these 8 before midnight as possible. Which is why I opt to play games which get me tired like Sudoku medium. It tires the brain and your body will naturally sleep to revitalize your mind. And I need to make sure to be as consistent with my time to bed and time to rise as  possible. 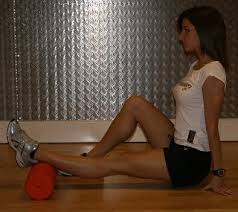 2. More soft tissue work – Every workout should begin with some foam rolling. It doesn’t have to be lots of time and the more I do of it the less time is necessary. But sometimes I’m a little short on time for training and this is what gets cut from the program. I need to remind myself how effective foam rolling is, how this restores alignment and posture, how it helps we achieve optimal technique on my lifts and allows me to recover more quickly between workouts.

3. Less sugar – For a while there I was in the habit of writing down the sugar content of everything I ate. Well not really everything but if it came in a package I was jotting in down. And this good because as you get your insulin under control your fat burning goes way up. I’ve got to get back to doing this again.

4. Drink more water – Sometimes I’ll get busy writing programs or running errands and won’t drink as much water as I should. As soon as you’re 2% dehydrated performance drops off. Plus many of your muscle building and fat burning enzymes are hydrolytic and require water. There are a number more good reasons to drink more water and I know I have to increase my intake.

5. Watch out for compensations – As soon as we compensate we put stress on the body where it shouldn’t be. And we then take longer to recover from this stress. Plus the longer we get away with our compensations the harder they are to undo and the greater the chance of injury. Specifically I need to watch that I am maintaining a neutral lumbar spine on all of my lifts. Only the weight should move and the rest of the trunk should be steady.

Well there are the areas I think I can do better in.

What about you? Where can you improve? Does it have to do with rest, training, nutrition or something else altogether? In the comments section tell me what you want to focus on and I’ll reply to help you out.