It’s the Christmas season and New Year’s is around the corner. That means it’s time to look ahead and see what’s coming down the line with respect to health and fitness. But before we jump ahead to 2012 and close the door on 2011 we should take a moment and look back at where I thought fitness was headed with respect to fitness. 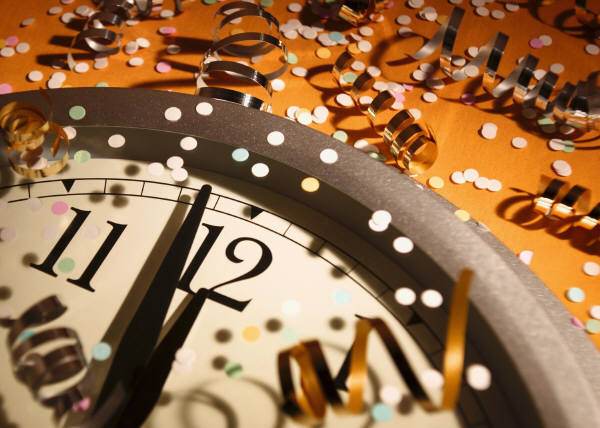 So here are my predictions from last year.

TRX is as popular as ever. They have added another product to the mix with the Rip trainer. And there are tons of knock-offs out there. Plus if you’ve gone shopping for one of these devices you’ll see the price hasn’t dropped. This have something to do with the huge demand there is for suspension trainers.

Dan John first put me on to this idea. And since then others have covered this topic in their area. Take for example, Brad Pilon of  Eat Stop Eat and the growing movement towards intermittend fasting. And our ‘Non-Running 1/2 Half Marathon Program’ would fall into this category. Watch for more minimalist programming to come.

If you don’t already know I’m a huge Dan John fan you will pretty soon. Dan has proposed the concept of focussing on four major lifts and performing those exclusively for 1 month. Another area I saw more evidence of this was Coach Dos using Turkish get ups as a staple of his football team’s warm-up. Consider also the number of bodyweight-only programs that you see people following and you can see the trend towards the basics.

Our gym has one stability ball. And this only because one of the NHL guys we worked with last summer insisted on using one for his workouts. But do you remember the days when many workouts were based around using a ball? Now how often do you see one used? How many group classes use them? There will always be a few for rehab and those who can’t progress to better training methodologies but otherwise the ball is dead.

Have you heard of the Warrior Dash? What about the Tough Mudder? If not, these are outdoors, aggressive obstacle style races. Scale a wall. Leap over fire. Crawl through mud. You get the idea? And what about all the MMA workouts you see posted on youtube? People love to see intensity and then to challenge themselves as well.

6. Long Duration Is Out

Less is more. And intensity decreases when the interval gets longer. The other day I saw Tony Horton has a new product out. Tony created P90X and his new product is based around 10 minute workouts. If that guy keeps reading my blog posts at least he could leave a comment. And last summer I was experimenting with some new training programs that involve 6 minutes of work, involve bodyweight only and will shock the heck out of your body. I believe I did one of these test workouts on a Wednesday last summer and was still feeling the effects during our Saturday sand dune workout. (watch for more details on this new, exciting program in 2012!)

We may be more aware of what constitutes quality nutrition but I’m not entirely sold on whether there was an increase in demand. I think as people became aware that some organic products are not healthier, but just cost more, there was a tempering of the excitement to buy everything at a whole foods store. But that being said you can now buy bison beef burgers, quinoa, Greek yogurt, coconut milk and a variety of other healthy foods at costco. So maybe there is more demand?

8. The Hips Are the New Cool

This is one I may have been hoping would happen. To get the entire world hip hinging, performing deadlifts and strengthening the posterior chain. There still seems to be a lot of misinformation regarding deadlifts and a fear of getting hurt. And as long as the fitness industry is unregulated you can hire a fitness ‘professional’  that looks the part but may not have the skill set to train the hips effectively.

Two summers ago we had 3 kids in our summer fitness program. Last year there were 23. And this year we started an after school training program with 8 kids in the inaugural program. Hopefully as the type and number of fitness training programs for young people increase we’ll also see more respect towards long term athlete development with regards to the programming.

There will always be a segment of the population that only trains to look good. They could care less if crunches could wreck there backs. They’re not interested in any mobility or activation drills if it doesn’t give them better looking arms.

If I had to score it myself I’d grade my predictions at 80% accurate. I was hoping to see better nutritional changes and more deadlifts happening in gyms but I guess this is slower in coming around.

But what do you think? What score would you give me? And were there any trends that happened this year fitness-wise that you think should have made the list? Let me know.