Training Lessons from the Movie The Warrior

The other night I went and saw the movie The Warrior. Have you seen this one? It’s the story of a UFC-style grand prix where competitors have to advance through a tournament with a ‘winner-take-all’ 5 million dollar prize.

And the story revolves around a couple of brothers who are competing for the same prize. I don’t want to give the ending away or any of the other parts for that matter but here’s what was interesting with this show.

In the end it came down to who wants it more.

Kind of cliché, isn’t it?

But it’s so true. And sometimes it’s the differences in our reasons for wanting that end prize that allows some to be successful and others to quit.

In The Warrior one of the brothers, Brendan, is a high school physics teacher that moonlights in parking lot brawls to make ends meet. But showing up to school with a shiner and some butterfly bandages across your face doesn’t sit well with the school administrators who suspend him.

Now he’s fighting to save his family and his home. And in one of his fights he faces the unbeatable Russian. Koba, played by the wrestler Kurt Angle. Between rounds of a beating compliments of Koba his trainer asks him what they came there for. If it’s not to win, then he’s going to throw in the towel.

Because his only option has to be to win. And if in his mind he’s decided this isn’t going to happen than he shouldn’t go any further.

This is how we should approach every decision we make about our health and fitness.

Are we giving our best effort?

Are we making the best nutritional choices possible?

Are we getting the most sleep we can?

Do we see ourselves attaining the end goal?

Unless we are answering ‘yes’ to these questions than what are we doing?

It’s as though we are gluttons for punishment. It’s like the character in the movie continues to take a beating even though he has decided the goal is not possible or he doesn’t want it anymore. 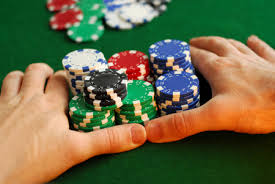 Don’t ever punish yourself this way. Be all in. Give it your best effort. Believe that it can be done. And it will.

Because besides inflicting self punishment on yourself you are also cheating yourself.

You are cheating yourself of your best efforts. You are stealing time away from other interests and people. And you are robbing yourself of the satisfaction that comes from digging deep and earning your goal.

As you carry on with your training, nutrition and recovery ask yourself these questions.

How bad do I want this goal? And are you willing to give it your best to get there?

Have a great weekend,

6 Responses to Training Lessons from the Movie The Warrior