Should Failure Be a Part of Your Training? Failure is an interesting aspect of life.

We’re human. We’re going to fail. What separates a lot of people is how they handle failure.

Some see failure as the worst thing possible and can’t be overcome.

Others become more motivated and rise up to the challenge.

There are so many great quotes and lessons to be learned with respect to failure.

If I had to pick a favourite quote regarding failure it would have to be a tie between the following. 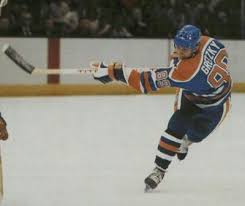 And the second isn’t so much of a quote that is attributed to any one person but something I’ve heard and read over the years.

I believe in both of these quotes wholeheartedly.

Some people are too worried about failure that they can’t even bring themselves to make an effort.

And others are so ambitious that they fail when they could have relied on the experience and wisdom of others.

Life is all about finding that balance.

Putting ourselves out there to take a challenge while doing the due diligence to minimize risk and give ourselves the best chance of success.

But what about when we step foot in the gym?

What does failure mean then?

Because let’s face it.

We keep hearing how athletes are getting bigger.

And how there is this new lift, exercise, supplement, program etc to make you stronger.

And that if you aren’t giving your all you are wasting your time.

So how do we define ‘giving your all’? What does it mean to train to failure?

Below I suggest three ways to recognize failure in your training.

Think of this type of failure as the one where the body finally taps out and says ‘I’m done’. You might want to do another push up for example but as you go to begin a rep there is nothing there and you collapse back down.

Most don’t experience this with their training. But they do when they have training partners that encourage them to do more than they are capable. And when they increase the loads too quickly. And when they ignore the feedback their body is giving them and push past this point of failure.

Have you ever done plyos? And did you follow the appropriate protocol regarding the work to rest ratios?

If you did then you know these rest ratios can feel really long.

I mean you might do a drill than lasts a few seconds then rest a minute or two.

Your heart and lungs are recovered.

But your nervous system takes the longest to come back.

And going too soon leads to failed attempts and potential injury.

Another thing to keep in mind is that if you are putting undue stress on the nervous system by not allowing for adequate recovery the chances of injury or becoming ill go way up.

This is a term that was popularized by a noted strength coach and refers to point at which the mechanics of the lift change.

At a certain point we will change the way we perform a lift in order to get from A to B. And at this point of compensation we have reached technical failure.

In a similar way a strength coach out of Texas referred to this as the point ‘where the lift looks and feels different’.

So if your tempo or technique on a lift changes dramatically on a particular lift then you know you’ve reached failure.

You might still be able to bang out a few more reps but your technique has changed and you’ve gone past the point of technical failure.

Two things to take home from this article are that we can distinguish between pushing ourselves with our energy system training and when we step onto the weight room floor. As long as you don’t have a medical condition, feel free to push yourself to your limit when on the bike or treadmill.

With your lifts however I want you to lift to technical failure. Stop when your technique fails.

Keeping these points in mind will help you get better, safer results in less time.

2 Responses to Should Failure Be a Part of Your Training?