How Strong is Your Conviction to Achieve Your Goal?

Hi there: Hope you’ve had a great week. Mine flew by partly due to being busy. But I did manage to fit in a date night with my wife. And we went out for dinner and then to see the movie Conviction. She’s not a huge Hilary Swank fan but we both did agree the show was pretty good. And it wasn’t until after the show was over that it occured to me that the title was a play on words.

You see the movie is about a couple of foster kids from small town Massasschusets. The brother is wrongly convicted of murder and the sister takes it upon herself to right this wrong and get her brother freed from jail. The only problem is that the sister is not a lawyer. Nor does she have degree to apply to law school. Nor a GED for that matter.

But that doesn’t stop her from doing whatever is necessary to achieve the end goal of freeing her brother from jail.

So what does this have to with health, fitness, performance or anything?

Well there are two messages you can take from this movie. The first is the most successful people aren’t always the most gifted. Or the smartest. Or having the most of anything that is a pre-requisite for success in that field. Take Wayne Gretzky for example.

He didn’t have the hardest shot. He wasn’t the fastest skater. He was in no way a physical presence on the ice. (some reports have him scoring the lowest on the Oilers’ fitness testing). But he was the greatest player to ever play the game.

There are countless examples of people in business, sports and the arts that aren’t necessarily the most talented yet are the best in their field.

So what about you and I?

What’s our excuse? What is holding us back from achieving excellence?

Often times we are quick to find fault. We have a number of excuses at the ready for when things don’t go our way. We can ensure that  whatever the outcome is for us we have a defense in place to justify our mediocrity.

But are we really ok with this?

Probably not. I think we’re all capable of more. We can achieve excellence. We  have the potential to surpass our current levels.

There are probably hundreds, if not thousands, of people with much less ability, education and opportunity than what we have that have achieved much more. If we are really serious about our goal and of wanting the best then we need to take immediate and decisive action towards that goal. This is the second part of success.

Now here are four things you can do towards achieving your goal.

1. Define your goal – Be as specific as posssible. Write it down. Post it on your fridge. Include numbers, dates and other details. For example it might be to lose 11 lbs before Dec 20 and reduce waist size by 2 inches.

2. Determine how you will achieve your goal – By going to the gym a minimum of four days a week. By eliminating sugar intake as much as possible. By getting 8 hours of sleep a night. By drinking a glass of water before every meal. 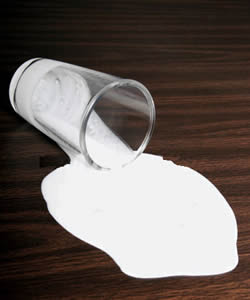 3. Have contingencies in place – I once heard success defined as ‘getting up once more than you fall’. Nobody is perfect. Things don’t always go your way. But being prepared ahead of time allows you to deal with the setbacks that occur.

4. Plan a punishment or reward – If you achieve your goal maybe you buy yourself that pair of designer jeans that is 2″ smaller than your current size. Or if you don’t achieve your goal you buy two tickets to the game your husband has been begging to go to.

The reality is that we hear the expression ‘he or she over-achieved’ quite often. I don’t know if I believe that as much anymore. Instead I believe more that we can all do great things. And because I can’t say it any better I’ll let Henry Ford say it for me:

‘Whether you believe you can do a thing or not, you are right.’

Have a great weekend,

2 Responses to How Strong is Your Conviction to Achieve Your Goal?