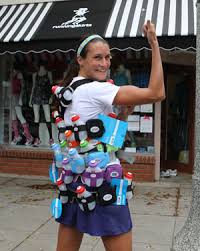 Makes sense doesn’t it? If all we’ve lost is water we should be drinking water, right?

Well it’s not as simple as that. We all know that we don’t just lose water. We lose electrolytes and expend cellular energy as ATP, from glycogen, to play soccer and other sports.

So if all you are drinking is water you are missing out on a couple of things that the body is losing when it sweats.

But it gets worse. And here are 3 Reasons Drinking Water During Intense Exercise Maybe a Bad Idea.

1. No Replenishment of Electrolytes 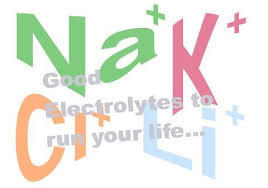 What’s the big deal with electrolytes? Isn’t consuming salt (electrolytes) a bad idea? Won’t this give me high blood pressure?

Here’s the thing about electrolytes. Your body needs them. It’s not an optional condition. For example, in each one of us is something called the sodium-potassium pump  which exists to move these two ions from opposite sides of the cell membrane. It has a particular role with nerve cells allowing them to respond to stimuli and impulses.

Your performance and ability to recover will be diminished when you deplete the concentration of sodium and potassium.

If your sport or activity is not intense or short in duration you may be ok. But once the intensity cranks up or you have to go for extended periods of time you will notice your performance drops off.

When the intensity of the exercise is high enough your body derives energy from the ATP-CP and anerobic glycolysis systems. The body can store glycogen in the muscle and liver for energy to meet these needs. But it would preferable to have an energy source from a drink that would spare muscle glycogen and still allow you to perform.

Think of it terms of finances. When you have to pay a debt there are better ways to pay that debt. There are certain accounts you would prefer to not have to dip into to cover this debt. Fueling your workouts is similar. If there is another option that spares your special ‘account’ i.e. muscle glycogen, than that would be preferable.

There is a trigger for the body to rehydrate. And this is increased osmolarity of the blood.

Exactly. Let’s break this down into English.

High osmolarity in the blood serves as a trigger to rehydrate.

But here’s the kicker.

Water quenches thirst but does NOT rehydrate. Drinking water lowers plasma (blood) osmolarity and extinguishes the stimulus to drink.

Worse yet, drinking water alone will lead to increased urine output. Losing more water to urine does not help your hydration status. Plus being in a porta-potty does nothing to help your time in road race or triathlon.

While there is benefit to using sports drinks you should keep the following points in mind:

* They are only for times when you are exercising intensely i.e. sweating profusely

* They are only for extended periods of exercise i.e. more than 50 minutes

* They work best in a 7-9% carb concentration, more is defnitely not better

Nutritional Research You Can Ignore
It's No Yolk! Eat the Whole Egg.
4 Reasons to Ditch Corn
The Best Nutrition and Training Rx
Creatine, Beta Alanine & CLA