10 Things to Avoid Doing During Your Workout – Part III

And now here’s the final installment in the 3 part series 10 Things to Avoid Doing During Your Workout. 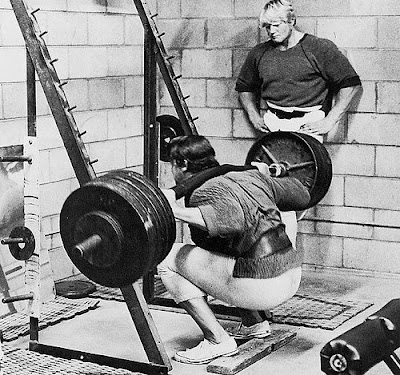 8. Elevating your heels during  squats. Have you seen this done in the gym? Maybe you’ve done it before as well. You perform a squat and realize that your heels lift off the ground as you reach full depth. So you’ve got two options.

And since you’re not a wuss you opt for option #2. Because in order to get the best leg development you need to go full depth you need something under your heels to do so.

But here’s the problem.

As you lower yourself into a squat your body is going into pronation and flexion. You are reducing the force of the lift through your joints and muscles. This energy is being loaded up to be released during the upwards phase of the motion. As you lower yourself the hips flex, the knees flex and the ankles flex. And as you stand up the hips and knees extend. During the upward motion the ankles plantar flex. And during the descent it dorsiflexes. 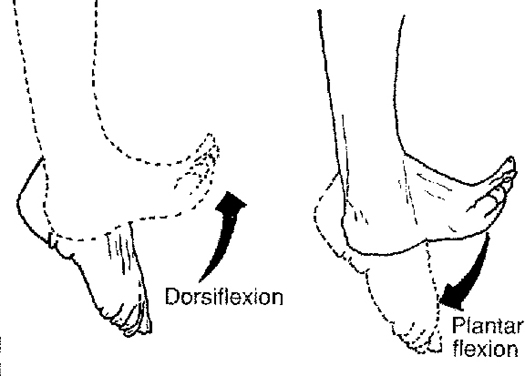 When you put a plate or a shim under your heels you put the ankle into plantar flexion. As you start the descent of a squat you need the foot to go into dorsiflexion which is the opposite of the set up you’ve just established.And the body works as a series of chain reactions. So as one group of joints and muscles loads up under force this triggers the neighbouring joints and muscles to prepare for the load as well.

But instead the ankle going into dorsiflexion during descent of the squat we’ve reversed the condition and put it into plantar flexion.

What do you think this does to the subsequent actions at the knee, hip, back and trunk? It creates dysfunction and causes the other joints and muscles to compensate and work around the ankle joint that isn’t doing what it’s supposed to be doing.

9. Long slow cardio. Unless you’re not serious about your training goal, have just had quadruple bypass or have lots of free time every day you can probably take a pass on the long slow cardio. Here’s why.

If however you are already getting in a minimum of 3 resistance based workouts per week and doing some other higher intensity energy system training as well then there is no harm in going for slow, leisurely cardio. What I am talking about is using slow paced walking as the cornerstone of your fitness regime and believing this to be the way to improved weight loss and performance.

10. Not carrying a training journal. I would guess most people that go to the gym to workout have a goal in mind. Maybe it’s to lose 20 lbs. Or to strengthen their core to eliminate some low back pain. Or to increase their power production to be more effective in competition.  I am surprised however at the number of people who do not bring a notepad and a pen to the gym. How do you know where you’re going if you aren’t mapping out your progress. For example what load did you have on the bar during your last workout? How many reps did you do? Did you need a spot? How much rest did you take between sets? How did the last two or three reps feel?

Unless you know the answers to these questions you are spinning your wheels with your training. You are leaving a lot of results on the table and making the process a lot harder than it needs to be. And this ties in with point #5. As you track all of the variables listed above you’ll know exactly how much load you’re ready for in the subsequent workout. You’ll be able to challenge but not overwhelm yourself. Always remember ‘it’s better to do 10% too little than 1% too much’.

Well there you have it 10 Things to Avoid Doing During Your Workout . Now after reading this list were there some items on there that you’re guilty of doing? Be honest.

Because guess what? I’ve done all of the cardinal sins of working out at one time or another. So if you can make all the mistakes and live to tell about then there is definitely hope for those who can learn and don’t have to repeat these same mistakes.